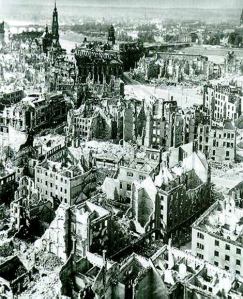 Actually what happens is Open City, a project dreamed up by PlayGroup, Portland Center Stage’s ongoing playwriting workshop. In short, we all nominated eight locations in Portland, wrote them on paper, tossed the paper into a hat (or a mayonnaise jar…I can’t remember), drew our locations, then drew our number of players. And wrote. And it’s freakin’ cool. (Except my piece.)

It’s Monday, February 2, 2009, at 7:30pm at The Gerding Theater, Portland Center Stage at The Armory (that’s the big stage, folks). Admission is free. Plus it’s the cherry on top of the fabulous Fertile Ground City-Wide Festival of New Works, which means there’s a party afterwards. With beer. So wander in.

Mill Mountain Theatre hangs it up….

But don’t worry! Broadway plans to do a musical adaptation of Michael Jackson’s “Thriller.”

John Updike died today at age 76. He wasn’t one of my favorite authors, but I had tremendous respect for him and his accomplishments. He came from a generation of authors that now seems a little larger than life, even though his specialty was observing the small gestures and hanging moments that comprise our lives.

My friend and colleague, Ami Sallee Corley (a superb actress who’s played the leads in my plays “Waiting on Sean Flynn” and “Delusion of Darkness” at Tampa’s Jobsite Theater), has been invited to begin blogging on the arts for Tampa’s Website “Creative Loafing.” Her first column asks a question that I think artists in Portland…and in Minneapolis, Seattle, Austin, etc., can identify with, which is: when it’s so tough to make a living from your art in your community, why stay?

Why do we stay?

Next weekend, representatives from the Dramatists Guild are coming to Portland to hold a Playwrights/Theatre Town Hall Meeting, and this may well be a pertinent question to ask, given that they have members in communities across the country and are privy to this dilemma and the many ways artists have found to address it.

This one’s for my friends at Portland Center Stage….

Obama’s at the parade today…a Hawaiian marching band goes by…and what does our new Hawaiian Shark God do?

Mahalo, baby. Even Bill Clinton couldn’t pull that one off.

We have met the president, and he is Lono.

…to the 2st Century.

Tomorrow, we also say so long to the Man for No Seasons. The Little Engine that Couldn’t. The Savant in Chief. So here’s one more brief tumble down the rabbit hole. Hoo-ray. We survived. (Uh, most of us, that is.)

Well, it seems there’s an award for blogs–there’s an award for everything–and Mr. Robert Hicks over at Art Scatter has been so kind to recognize splattworks for…well…because he likes us. Which is very gracious indeed and greatly appreciated those of us toiling endlessly in the splattworks quarry. I shall allow our extensive staff to take a five-minute champagne break before I put them back to work dragging boulders to the top of the hill only to watch them roll back again.

Seriously, it’s nice enough that you folks read splattworks from time to time. It’s even nicer that Bob likes the blog enough to recognize it.

There are, however, a few rules involved in accepting the award. To wit:

1) Accept the award and post it on your blog together with the name of the person that granted the award and his or her blog link.

2) Pass the award on to another 15 blogs you feel should receive said recognition.

3) Contact the awardees to let them know they too are among the order of Premios Dardo.

Not sure what happens if you break the chain, but I’m certainly not going to risk the consequences (or lose the chance to recognize blogs I appreciate). My Premios Dardo nominees follow below.) Congratulations to all of them.

Andrew Wyeth, aged 91, died in his sleep this morning. Which I think is as much as any of us can ask for. Here’s a link to the story:

There’s kind of a remarkable quote from Wyeth hiding in the middle of the story. It goes:

Much of Wyeth’s work had a melancholy feel _ aging people and brown, dead plants _ but he chose to describe his work as “thoughtful.”

“I do an awful lot of thinking and dreaming about things in the past and the future _ the timelessness of the rocks and the hills _ all the people who have existed there,” he once said. “I prefer winter and fall, when you feel the bone structure in the landscape _ the loneliness of it _ the dead feeling of winter. Something waits beneath it; the whole story doesn’t show.

“I think anything like that _ which is contemplative, silent, shows a person alone _ people always feel is sad. Is it because we’ve lost the art of being alone?”

Hopper and Wyeth, in my mind, seem interconnected…both painters of empty spaces, time, and solitude, one of the city, the other of the country. Now, in the mind’s eye, one sees “Christina’s World”…but there’s no figure in the foreground. Just the hill, the house in the distance, and a space where the grass has been flattened.