You search and search for a way in, for what are commonly termed “ideas,” but what are really doorways into the word room. And then, when they come, you resist because you know, if they really take off, you belong to the words, and there’s nothing you can do but see where they take you. If you find a title, forget it. Especially if it’s a good one. You might as well snap on the handcuffs because it’s gone from “writing” to “being a piece.” And you just have to hang on for the ride.

Of course, you can short-circuit this at any time, just by telling someone what the title is. It automatically dissipates the magic, your attention flags, and you’re free to get on with normal life. For example, I could just tell you the title is….

But…then I wouldn’t have anything to write, and I’d have to start searching again.

This is a weird business I’m in.

Thirty-four years ago, tomorrow, four Canadians and a wiry guy from Arkansas played their final concert as The Band at Winterland. Martin Scorcese made a magnificent concert film of the proceeding—perhaps the best rock’n’roll film ever. The Band played their own funny, heartbreaking songs (“It Makes No Difference”; “The Shape I’m In” (pouring out of Richard Manuel); “The Night They Drove Old Dixie Down” (maybe Levon Helm’s finest moment); and a transcendent “The Weight” along with The Staple Singers, who inspired The Band’s multipart vocals), then blithely served as some of the world’s greatest sidemen to a parade of defining voices of the era: Muddy Waters, Neil Young, Eric Clapton, Joni Mitchell, Dr. John, Van Morrison, Paul Butterfield, and others, including a guy named Dylan, who gave The Band a break when they were billed as The Hawks, having split as Ronnie Hawkins’ backup band.

Not too long ago, a four-CD set from the concert was released, and it’s filled with wonderful pieces never included in the film or the original, three-LP concert album. Listening to it now, with distance and time, the choice of material is striking: nearly every song can be viewed as a reflection on time’s passing. The Sixties were done, consciousness expansion gone in a blur of Quaaludes, coke, and smack. The world had certainly changed, but the revolution failed, done in by Nixon, Vietnam, oil shocks, recession, and its own, inherent contradictions.

Even the music, once so high and wild, had degenerated into shadows of itself; the same year The Last Waltz celebrated what had been, The Ramones were busy burying it three chords at a time.

What you do hear in The Last Waltz is the blues. Blues and R&B underlies most of the cuts and The Band’s sound. Muddy Waters’ time onstage is all too brief. The Sixties may have been a bright flare that had burned itself out, but the blues are forever, relevant, and timeless. And the blues still have the power to cut through rock industry bullshit and coked up egos.

Still, just a look at the song titles, played in addition to The Band’s songs (which gloriously reflected the past as in a funhouse mirror), carry the sense of an era’s closing: “Such a Night”; “Down South in New Orleans” (one of the simplest, best songs ever written: ‘my ship’s at anchor/my suitcase packed/got a one-way ticket/ain’t comin’ back’); “All Our Past Times”; “Further on Up the Road”; “Helpless”; “Furry Sings the Blues”; “Tura Lura Lura”; and “Forever Young.”

And the closer. Everybody came out to sing it. Ringo sat in on drums, Ronnie Wood on lead guitar—respectively representing the Beatles and the Stones. You don’t get much more iconic than that, unless you could drag out Lennon and Jagger (not bloody likely). It was a song from The Basement Tapes, when Dylan had dropped off the circuit and holed up in Woodstock, New York. Informally, he would get together with his neighbors, The Band, and they would have a few drinks, roll the tape, and see what happened. It’s amusing to wonder what Robbie Robertson, Rick Danko, Levon Helm, Richard Manuel, and Garth Hudson thought one apocryphal evening when Bob Dylan unfolded a piece of paper and said something like: “Uh…I got this thing called ‘I Shall Be Released.’ Wanna’ try it?”

It was, as they say, a long time ago. A lot of those folks—Muddy, Butterfield, Bill Graham, Bobby Charles, Danko, and…oh man…Richard Manuel—are no longer with us. Everything had gone to hell and was fucked up. Everybody was fucked up. Everything’s still fucked up. But, if you angle your head just right and look down into yourself, you can still see your reflection somewhere so high above that wall. 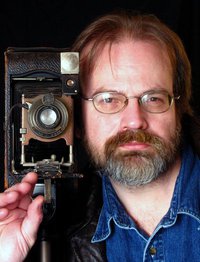 Looks like I up and won CoHo Productions New by Northwest play contest with “Immaterial Matters”…my somewhat gentle, period piece about death, photography, and, uh…death.

Smile for the camera.

There’s an election tomorrow. You might have heard that. The conventional wisdom is that Democrats are going to get whacked. And they likely will, but there’s something in me that’s not quite buying the polls. Maybe I’m in denial. Still, the one thing that seems to be distinguishing the polls—other than they’re terrifying Democrats—is that they’re all over the place. One week they show Republican momentum, another week they show a Democratic momentum…and now the Republicans are back.

As usual, it’ll come down to local politics and who’s got the best ground game. Rather than get into a whole big analysis, which seems a little pointless when the numbers are all over, I’ll just trot out my predictions, and we’ll see how it rolls tomorrow.

Republicans take back the House. Why? It’s the one thing polls seem to hold together, it’s an anti-incumbent year, largely because unemployment is so high. Since Democrats have more seats, they’re likely to take the biggest share of the blame. (Never mind that the Republicans have no idea how to get out of the economic mess other than “cut taxes”…which won’t work.)

The Senate’s going to be close. Boxer will probably hold onto her seat. Harry Reid will likely lose his, even though his opponent is arguably insane. I think the Dems will probably lose Kentucky and Pennsylvania too. God only knows what’ll happen in Alaska, though I’d hedge my bets on Murkowski—she’s a known quantity and Miller seems less and less stable. But who knows? Miller may be a protest vote. I think it’s arguable that a lot of Republicans will pick up seats as protests. Looks like Feingold’s over in Wisconsin; and it’s worth saying that the last couple of years, Feingold has been something of an arrogant son-of-a-bitch, and that may be partly why his opponent leads.

Brown probably wins the governorship in California. That’s cool. I like the Jerry. He’s a much less conventional politician than he seems, and California could use his experience. The real question marks are here in the Pacific Northwest. Patty Murray’s running a bare fisted fight with Dino Rossi, and this might finally be the year than Rossi wins one, for the aforementioned reasons. But Murray’s really pretty well liked, and Rossi’s a perennial loser, albeit by close margins. This one probably won’t be settled until the next day or later. It’ll likely come down to how the vote breaks in Puget Sound.

Close to home, we have a nail biter between Kitzhaber and Dudley for governor of Oregon. Dudley actually has a shot, as a moderate Republican in the mold of Atiyeh, and economic times are very similar to those when Atiyeh was elected. Kitzhaber’s a good, smart guy, but he burned a few bridges when he was governor, and folks may feel he’s had his shot. It’ll basically come down to Democratic turnout in Portland and Eugene…as it usually does in Oregon.

And California’s Proposition 19, legalizing marijuana? It’s been a fascinating ride on this one, but marijuana measures tend to run strong, then fade, which is what the polls indicate here. On the other hand, a lot of people who might turn out to vote on Prop 19 might be off the pollsters’ radar, so it’s not over. My general feeling is: I’ll believe it when I see it, but, after you’ve watched a president resign, guys walk on the moon, the Berlin Wall come down, and an African-American win the presidency, you hedge your bets. So Prop 19, maybe…but probably not.

Finally, if the Republicans actually win this thing like some pollsters are saying, then they’re going to have to govern. Which they suck at. And that’s where it gets entertaining, because voters don’t seem to be so much for Republicans as they are against Democrats. Entertaining, that is, unless they don’t usher in a second Great Depression with total gridlock and general insanity. Good times…not so much.

Note: this is the first time in the history of this blog that “sanity” has been a keyword.