Like many, I take pictures. Or, more precisely, I make pictures: a photograph begins with capture of the image–the point at which you bring your vision (as such), your camera equipment, and your knowledge together to freeze a moment. A whole other process takes over following that.

Since I’ve been around awhile, I started out with film. It’s both a glorious and inflexible medium. For one thing, it inserts a lag: from the time you take the pictures to the time you develop them or get them back from the lab. That excepts Polaroid, which develops in your hand–which is why commercial photographers

used it to test their set-ups. It’s also expensive, and I didn’t exactly grow up with money.

I think I graduated from a kid taking pictures to becoming a photographer around 13, when my folks helped me buy a Yashica Lynx 2000, quite a good little rangefinder with a decent meter and an excellent sharp, contrasty lens. When i got my first roll back from the lab, I saw the differences immediately. One frame in particular kind of turned my head around: a series of parallel bridges doubled by the water they crossed. Right then, I think the way forward became apparent and fixed, for I could see what I was capable of. I found the photograph a couple of years ago, and damned if it didn’t hold up. Not bad for a 13-year-old. Shortly thereafter, I began to develop and print my own monochromes. God, if ever could be a printer equal to my aspirations.

I recently came home to find a box on my side of the bed: my wife bought me a Profoto soft box for my birthday. (I’d recently done a theatre shoot, and she took pity on me, using my do-it-yourself lighting rig.) Using the softbox properly required purchase of a new flash and a stand and….

That’s photography for you. Gear Acquisition Syndrome more serious than for guitar. To cut to the chase, I took a deep breath and bought a DSLR with fantastic capabilities (I’d been using a rangefinder-like Canon G10–a wonderful camera, but with inherent limitations, primarily in that you can’t change lenses).

After delving deep into the tech (admittedly part of the fun), I started making images with the new gear, and, you know, I’m 13 again. I’m looking at images and not seeing what I’ve done but what I’m capable of.

Renewal. If you practice multiple arts (as I do with writing, photography, and music), when one’s getting you down for whatever reason, if you can turn to another, you can tap into that well that, for some of us, makes life worthwhile. In some ways it’s akin to taking up a new art, though there’s a whole other element in learning–you’re beginning your journey, and you have to be patient because you’ll be making a lot of mistakes until you become proficient.

Returning to an art is more like coming home after a long trip. Things need cleaning up, and it’ll take a little while to feel comfortable again. But you know you’ll always have a place to return to. 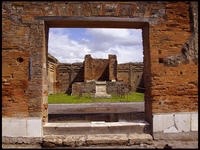 Steve Patterson has written over 50 plays, with works staged in Portland, Los Angeles, Chicago, Detroit, Austin, Tampa, and other U.S. cities as well as in Canada and New Zealand. His works include: Waiting on Sean Flynn, Next of Kin, Farmhouse, Malaria, Shelter, Altered States of America, The Continuing Adventures of Mr. Grandamnus, Bluer Than Midnight, Bombardment, Dead of Winter, and Delusion of Darkness. In 2006, his bittersweet Lost Wavelengths was a mainstage selection at Portland Center Stage's JAW/West festival, and, in 2008, won the Oregon Book Award (he also was an OBA finalist in 1992 and 2002). In 1997, he won the inaugural Portland Civic Theatre Guild Fellowship for his play Turquoise and Obsidian. END_OF_DOCUMENT_TOKEN_TO_BE_REPLACED
This entry was posted on Wednesday, September 24th, 2014 at 7:24 am and tagged with creativity, photography, renewal and posted in photographs, photography, things that are cool. You can follow any responses to this entry through the RSS 2.0 feed.
« Memory Boys
The Modular Play: An Act of Faith »

One response to “Becoming a Photographer Again”